These are the books Kayo received from the book lender merchant during the Tokaido journey. Each of the books unlocks a short story for the guards, and you can find them in the game’s “rewards” section. As shown by the icons, the theme for these stories is body swap… or more like outfit swap, actually. It took me quite a while to finish these, but I hope you’ll enjoy! This is a commission for Jess and Yuki.
END_OF_DOCUMENT_TOKEN_TO_BE_REPLACED

So, I just finished Re:BIRTHDAY SONG today. I wasn’t actually planning to blog this game, but changed my mind since the main story turns out to be pretty good. As I wasn’t too fond of the school life part, I’ll only cover the core of the story. 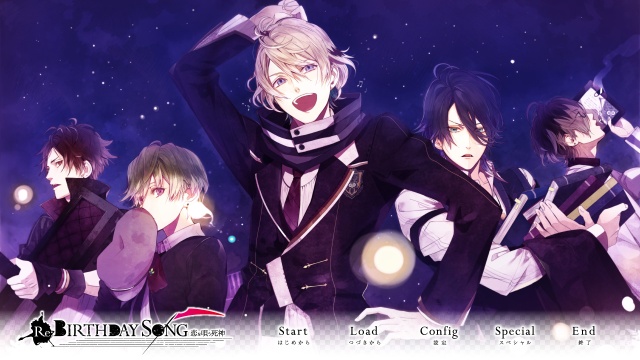 One night, the heroine wakes up in the middle of the street with absolutely no memories. As she looks around in confusion, a talking owl approaches her and decides to bring her to a castle—which turns out to be a school for shinigami candidates. There he explains that she’s currently in the netherworld, a place for those who died with regrets and lingering attachments. As the principal of the school, he gives her the name “Cocoro” and offers her a chance to stay at the school—taking lessons to become a full-fledged shinigami.
END_OF_DOCUMENT_TOKEN_TO_BE_REPLACED

So, we’ve finally reached the route that upsets me more than anything else in the entire game. Despite his carefree and flirty attitude, Enishi has a surprisingly heavy issue that’s been dragging on for a long time. Prepare for despair ahead. 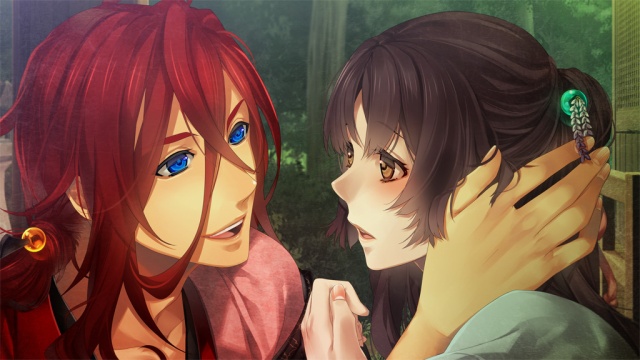 Enishi works as an official spy of the shogunate. He’s an expert in martial arts, but he also has an irresponsible, happy-go-lucky personality. He won’t take any action unless it’s for something that holds his interest. Usually he can be found drinking, napping or hitting on women on the streets. His delusions tend to go out of hand and can be rather difficult to stop. He screws up too from time to time, such as running into trees or getting into drunken fights. 23 years old.
END_OF_DOCUMENT_TOKEN_TO_BE_REPLACED

Saneaki’s route is related to Asakura’s conspiracy, and it also drops a hint about Enishi’s background. Kayo’s best friend, Omatsu, is a key person in this route, and I really like how their friendship plays an important part here.

Saneaki is a highly skilled swordsman from Hizen Province, who’s hiding the fact that he’s actually a Christian. After losing his mother at a young age, Saneaki was taken in by a Dutch merchant and spent his childhood in Hirato. He has a gentle yet secretive personality, as well as a unique atmosphere that makes him hard to read. Due to a certain incident in the past, he has abandoned his sword and is currently living deep in the mountains of Edo. 25 years old.
END_OF_DOCUMENT_TOKEN_TO_BE_REPLACED

Last comes the poor Evil Lord, whose extreme lack of confidence only makes him cute instead of terrifying. I feel really sorry for the poor thing, so I saved him for last. This marks the end of the series, so he can act like a last boss for once.

Due to your party’s high level, Evil Lord got defeated in a matter of seconds during the final battle. His pathetic defeat caused him to lose confidence, and everyone lost their faith in him because of how weak he is. Thanks to you, Evil Lord is now super gloomy and sad. He has overwhelming power though, and sometimes it goes out of control. In battle, Evil Lord wields a large scythe and can transform up to 3 phases. 187 cm / 72 kg. Age and blood type unknown.
END_OF_DOCUMENT_TOKEN_TO_BE_REPLACED

Actually, I considered saving Villager for last because of his secret… but then I’d feel sorry for poor Evil Lord, so I ended up going for Villager first. Villager might appear innocent, but don’t be fooled. He’s just as perverted as the rest of them. 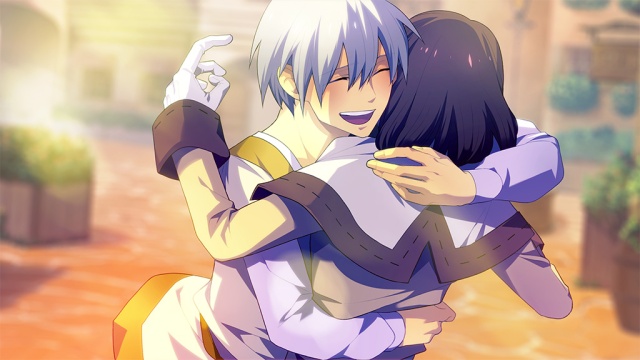 Villager is an NPC you can find in town, handing out herbs to travelers. You did notice that all male villagers seem to have the same design, but what you didn’t know is that they’re actually the same person. Villager has been following you throughout your journey, all because he wanted to see you again. That desire eventually awakened him to tremendous power. He’s 19 and has no weapons nor combat skills. 165 cm / 56 kg. His blood type is A.
END_OF_DOCUMENT_TOKEN_TO_BE_REPLACED

Any comments asking for download links will be deleted. Please read the FAQ first!

I will NOT answer questions regarding BROTHERS CONFLICT anymore. Please read this and previous comments.